We changed our planned route. We planned to visit Liwonde NP in Malawi and Gorongoza NP in Moz, but due to the lots of rain the roads in Liwonde NP are impassable. In Moz the Gorongoza NP is closed from mid December until April. Our camp neighbours in Chembe came via Gorongoza and they told us that driving the N1 north of Inchope is a nightmare – avg of 30km/h and one stretch of 30km took them 5 hours (they were towing) – some potholes as large and deep as bathtubs.

We decided to rather go through Tete south to Chimoio and then to Inhassoro.

We spent two nights at Chembe Eagles Nest. To and from Eagles Nest the road goes right through the village behind the lodge. Very interesting to drive through the narrow ‘streets’. When we arrived during late afternoon the village was packed with people, and when we departed during early morning it was almost deserted – better for taking photos, as everybody stares at us.

We stopped at Toys’R Us on the way to the border. What a pleasant surprise! The Cruizer model is perfect. They included the smallest detail. 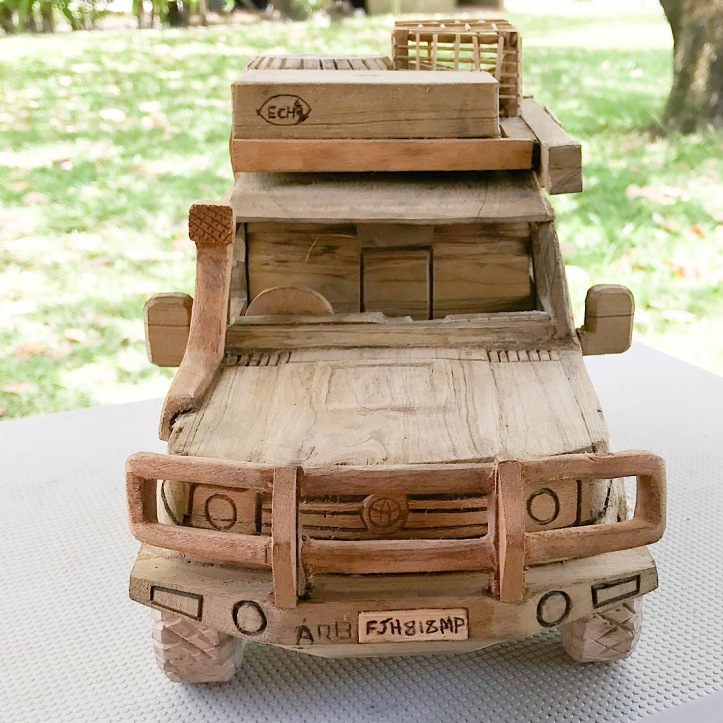 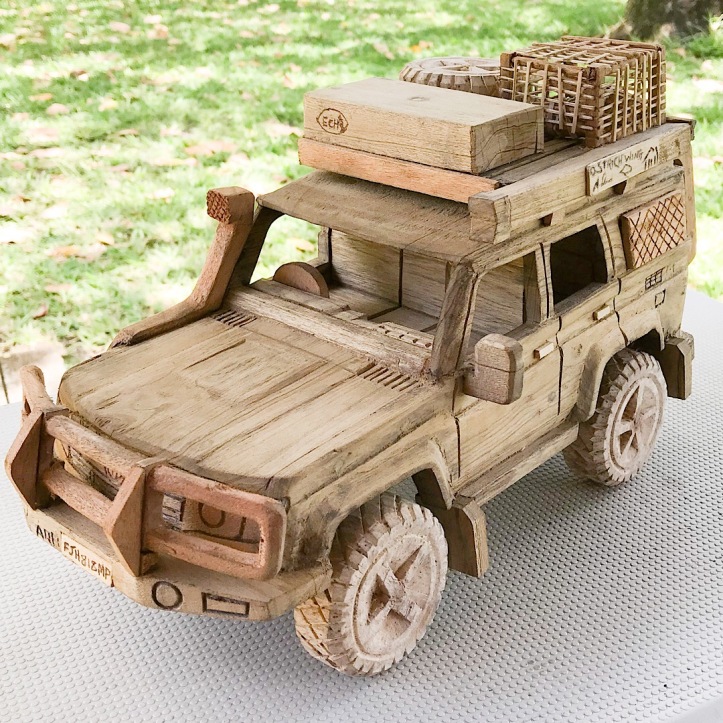 The border we crossed is in the south west of Malawi and once again we enjoyed the beautiful landscape and village life while driving through this section of Malawi.

The border at Mwanza/Zobue was an easy crossing. At the Malawi side they stamped our Carnet, wanted to see our 3rd party insurance (Comesa) and stamped our passports – less than 10 minutes. We bought Moz 3rd party insurance at a travel agent in Nelspruit beforehand, so did not need to buy it at the border.  On the Mozambique side a runner kept up with us while we totally ignored him, until he started to show us at the customs counter what to write on the forms, and we just chased him away.   The moment you accept advice or help, they want to be paid for their services. The official behind the counter immediately became very unfriendly after we had chased the runner, but could find nothing wrong on the TIP (temporary import permit for vehicle) or the 3rd party insurance and just stamped the TIP. At the gate the official told us that he was very hungry – we did not have the energy to go through a car inspection, which is what would happen if we did not give him something, and handed him a small packet of biscuits. He then just opened the gate and off we went. Going through both border posts took us less than 30 minutes.

We have seen the pounding of rocks to small chips in Zambia, Tanzania, Malawi and now Mozambique. Groups of women sat on the ground and pounded the rocks to small chips and then sold buckets full or heaps of these gravel chips. The Zambian chips were also mainly white, but in Moz it almost looks like quartz, glimmering in the sunlight.

Tete was a surprise. We did not expect a bustling, busy town with so much new development. Lots of new, modern buildings between the normal, filthy village type houses and lots of movement. Industries everywhere and new vehicle showrooms as well as a huge new Mall with a large, well-stocked Shoprite. Huge coal mines are around Tete, so that may explain the activity and growth of the town.

We camped on the banks of the Zambesi in the town. This was the third country where we camped overlooking the Zambesi – Namibia (Caprivi Houseboat Safari Camp), Zambia (Kabula Lodge) and in Mozambique in Tete.

The owner is an Afrikaner, Willie, an evangelist, owning the local Total fuel station and his house is also on the property. Lovely views of the sunset across the river with the sound of hippos joining the city noise.

The rural Mozambicans do not farm as much as the rural people of Zambia, Tanzania and Malawi. Very small maize fields are seen from time to time, and huge charcoal stacks are for sale everywhere along the road. No fruit and vegetable stalls are lining the road, only small heaps of pineapples are for sale here and there and we saw large trucks distributing the pineapples – these were not crops from the rural people. We saw one large commercial maize farm south from Tete and further south towards Chimoio some commercial avocado, banana and nut farms. The remainder of the veld is just lying without any farming activities, as we also did not see any cattle herds, only the handful of goats around the houses.

Chimoio town is a big, busy town with some new buildings, an international airport as well as a Shoprite. The mixture of typical Africa village huts, more western type basic houses, typical filthy village stalls and markets, and large modern shopping centers and buildings was interesting to see.

Overnight camping is very limited on the road from Tete towards the Moz coast. We found a nice camp on the N260 approx 70km south of Chimoio. Ndzou Camp is a community based camp in the buffer area of the Chimanimani NP. The camp is in the Chimanimani mountains in the Moribane Forest Reserve. They also offer guided walkes to track the local population of forest elephants. Breathtaking landscape through mountains on a perfect tarred road without any traffic.

After another 100 km easy driving from Ndzou camp we were confronted with the N1 (main road from Maputo to Pemba). The first 100 km had good road surface with lots of buses and trucks, but after Muxungue the road turned into a nightmare for 100 km until we reached the turnoff to Inhassoro. Apart from the corrugated gravel park road of Serengeti, this has been the worst section on the entire trip.